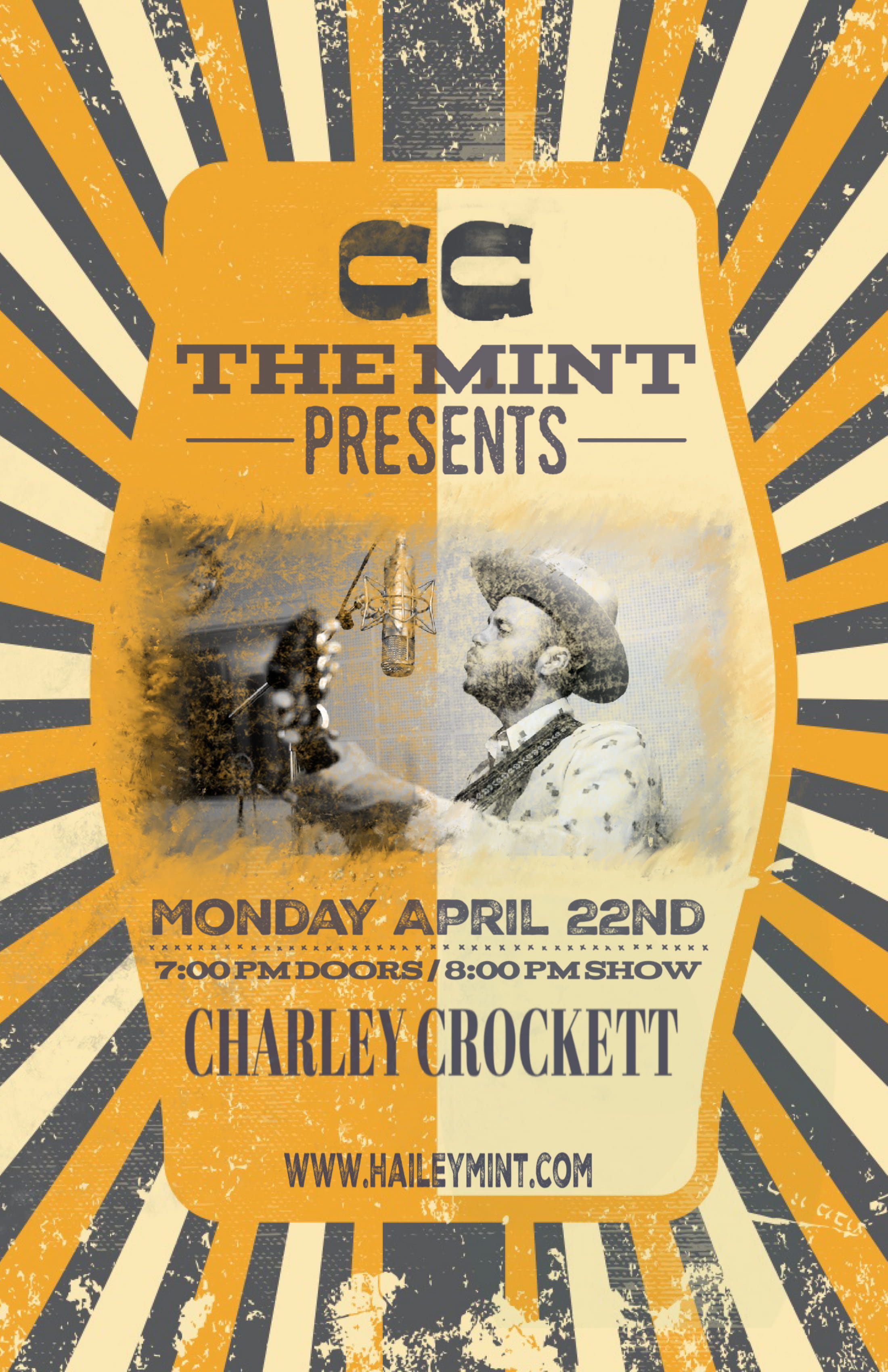 Crockett’s unique approach to American roots music — a mix of Texas blues, classic country and Cajun soul — has earned him an audience on both sides of the Atlantic. Long before he toured the country in a bus once owned by Willie Nelson, though, he cut his teeth as a street performer, busking on the corners of New Orleans and the subway cars of New York City. It was a hands-on musical education. Surrounded by the chaotic noise of city life, Crockett learned how to project. He learned how to hold a crowd’s attention. Most importantly, he learned a long list of classic songs from the jug bands, brass players and fellow songwriters with whom he shared the street. Filled with vivid storytelling, raw honesty and rich southern heritage, those classic tunes would eventually inspire his own original music.

‘The roots of the street are deep in this album,’ says Crockett, who co-produced Blue Bonanza during two days of inspired, live-in-the-studio recording. He tracked the songs with his road band, capturing the chemistry generated by a year of heavy touring. Together, Crockett and company decorated these songs with upright bass, electric guitar, mandolin, pedal steel and Wurlitzer, combining acoustic and amplified instruments into the same retro-minded mix. ‘There’s a lot of accordion and trumpet here, too,’ the frontman adds, ‘and that comes from me playing with brass bands in New Orleans. You’ve got all that brass and soul in the New Orleans sound, but you’ve also got that street sound. I heard a lot of jug bands doing old-school music down there, and I’m just trying to keep that old sound together.’

It was blues music that ultimately brought Crockett back home to Texas. Raised in rural San Benito by a single mother, he left the Rio Grande at a young age and embarked upon a life worthy of his ancestor, American folk hero (and fellow wanderer) Davy Crockett. Charley worked on farms in California. He lived on the streets of Paris. He wandered his way through North Africa. Returning to Texas after a decade of street gigs and subway performances, he found a state bursting with new musical opportunities. He also found a kindred spirit in Jay Moeller, a legendary Texas musician steeped in similarly bluesy influences. It was Moeller who began calling Crockett ‘Lil GL,’ a nickname modeled after GL Crockett — an obscure 20th century musician who, like the young Charley, built his reputation upon a mix of classic country twang and raw, bluesy bang.

A reinterpretation of GL Crockett’s 1965 R&B hit, ‘It’s a Man Down There,’ serves as one of Blue Bonanza’s many highlights. Also filling the tracklist is a rockabilly cover of the Van Brothers’ ‘Servant of Love,’ a country-soul version of Danny O’Keefe’s ‘Good Time Charley’s Got the Blues,’ and a reverent, slow-burning take on Lavelle White’s ‘Lead Me On.’ Much of the album’s source material is taken from mid-century artists who made their mark in Texas and Louisiana, two states whose influence can be heard in Crockett’s phrasing, southern drawl, and regional punch.

‘When people ask me what I do, I tell them I play Texas and Louisiana music,’ he says proudly. ‘People call me a stylistic chameleon, and I like that. This is soul music. It’s blues. It’s country. It’s just music.’

Don’t mistake Charley Crockett for a covers-only musician. He’s a prolific and fiercely creative songwriter, with Blue Bonanza marking his fifth release since 2015 and second in 2018 alone, following the critically acclaimed Lonesome As A Shadow released earlier this year. Few contemporary artists can match that output. Rolling Stone said Lonesome As A Shadow was one of the “25 Best Country and Americana albums of 2018 so far” back in June (alongside artists like Willie Nelson, Brandi Carlile, Kacey Musgraves and John Prine), and NPR World Café praised Charley for his “hard-earned version of optimism that’s nothing short of inspiring.”

Crockett is also constantly touring, playing 200-plus shows in 2018 in the U.S., UK and Europe (and over 400 since releasing In The Night in 2016), and has toured in the past with Turnpike Troubadours, JD McPherson, Old Crow Medicine Show, Margo Price, Lukas Nelson, Shooter Jennings and many others. Crockett has played for over 150,000 people this year, and continues to build a loyal fan base at home and abroad.

The Lil G.L. series allows Crockett to interpret some of the songs that have shaped his own approach to writing, aligning with a number of classic crooners along the way. Years ago, Willie Nelson, Loretta Lynn, Ray Charles and George Jones all found a similar balance, mixing their own material with covers of songs by other artists.

‘I think that the best artists, whether they’re working in country music or hip-hop, are always bringing the tradition back to the front,’ he says. ‘I believe America’s greatest era of songwriters already happened, and the people who are pushing it forward are drawing heavily from the older stuff.’