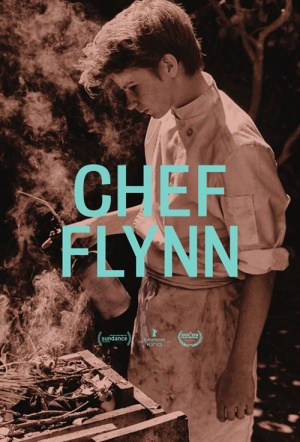 While many of young Flynn McGarry’s peers were playing video games, he was creating remarkable gastronomic delights far beyond his years at his home in Studio City, California. Flynn’s family encouraged him to pursue his creative passion, and his unique journey was thoroughly documented by his artist mother. He loved to prepare elaborate dinners for friends and family and soon became known as the “Teen Chef,” establishing his own supper club at age 12 and being featured in a New York Times Magazine cover story at age 15. Before he was 16, he had staged in top restaurants in Los Angeles, New York, and Europe. Trying to stay focused on his dream, Flynn had to weather the critics who challenged his rapid ascent in the culinary world. With access to a trove of personal archival footage and including new, intimate vérité footage, director Cameron Yates creates a collage of Flynn’s singular focus and distinctive path through childhood. Chef Flynn shares a rare view of a young man’s successful rise from the inside.

Since the film was released, Flynn McGarry opened a restaurant in Manhattan called Gem in February of 2018. Gem was reviewed in August by The New York Times, which called McGarry’s cooking “nuanced” and his plating “lyrical,” mentioning that he was “more polished as a chef than a restaurateur.”

McGarry starts every weekday morning at 9am at the Union Square farmer’s market to pick up his ingredients for the day. Dinner is a 15-course menu and a meal at Gem will run over $150 per person.

Part of The Center’s BIG IDEA project At the Table: Kitchen as Home

*Due to COVID these events are currently TBD. Imagine yourself enjoying a savory cup of hot cocoa under the stars after an evening of night skiing on Sun Valley’s Dollar Mountain, or strolling the snow-covered streets of Ketchum and Sun Valley, underneath the twinkle of holiday lights, as the sound of carolers filters through the air. The holidays in Sun Valley are magical, and these are just a few of the festive moments that await this holiday season. Don’t know where to start? We’ve compiled your 2020 guide of must-see events and happenings from Christmas festivities to rock-the-house New Year’s shenanigans! Hailey Holiday Tree Lighting Join with family, friends and neighbors to flip the switch and start the holiday season. Gather at the Old County Courthouse at the corner of Croy and 1st Street in Hailey on Saturday, December TBD from 4:30pm to 6:30pm to see the Hailey holiday tree aglow for the first time this winter. Ketchum Tree Lighting Ceremony Pull on your winter boots and down coat for the Ketchum Tree Lighting Ceremony in Town Square. Santa will be on hand for pictures and to spread the holiday cheer, and hot chocolate, cookies, and candy canes will be ...
Feb
1
Mon
all-day Sun Valley Nordic Festival, feat... @ Various Locations
Sun Valley Nordic Festival, feat... @ Various Locations
Feb 1 – Feb 7 all-day