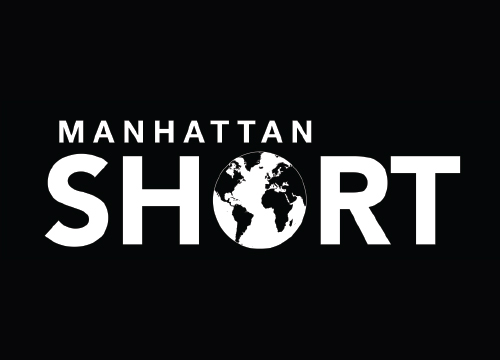 ONE WORLD ONE WEEK ONE FESTIVAL. Between September 27 and October 7, nine captivating short films will screen more than 1000 times in over 300 cities on six continents and will all be eligible for OSCAR nomination. And the judges of these films are you, the audience! On entry to the venue, every audience member will be given a ballot to vote for the best short films and actor at the conclusion of the show. Votes will be tallied at MANHATTAN SHORT headquarters in NYC and the winners will be announced at ManhattanShort.com on Monday October 8 at 10am.

The nine MANHATTAN SHORT finalists hail from eight countries with films from Austria, Canada, Germany, Hungary, Kosovo, New Zealand, the USA, and two films from the United Kingdom. These final nine short films represent the best shorts from among 1565 submissions from 73 countries received by MANHATTAN SHORT in 2018, a testimony to the enduring vibrancy and creativity of short films. This year’s finalists bring together an extraordinary range of film genres including intimate dramas; fast-paced animation; spine-tingling tales; a World War 11 epic; a film shot entirely underwater and a dark comedy as part of the MANHATTAN SHORT 2018 program.

Due to these increasing health concerns, the Sun Valley Jazz & Music Festival will not take place next month. The Festival will be held October 12-16, 2022. Some important details to note about the 2022 event: Total sales are again limited to 1,500 GA passes (day passes are no longer available) Tickets will be available for purchase starting February 1, 2022, for $265 + tax All purchases are fully transferable (gift/sell) to someone else Sun Valley Jazz and Music Festival Five days. Forty Bands. One Million Smiles Attendees from all fifty states, every Canadian province, and several foreign countries gather each October to celebrate live performances of America’s music. The Sun Valley Jazz & Music Festival was birthed out of a love and appreciation for jazz music by Tom & Barbara Hazzard and is held mid-October each year in Sun Valley, ID. Become One of the Thousands of Jazz Fans Who Have Been Delighted Since 1990! This experience of telling the story of “American” music is our passion. Amazing isn’t it? We all get to be part of this history while it’s still in the making. The names that ring through eternity—Armstrong, Ellington, Fitzgerald, Beiderbecke, Goodman, Holliday, Basie, Shaw, Miller, ...
Feb
1
Tue
all-day Zions Bank Boulder Mountain Tour @ Various Locations
Zions Bank Boulder Mountain Tour @ Various Locations
Feb 1 – Feb 6 all-day