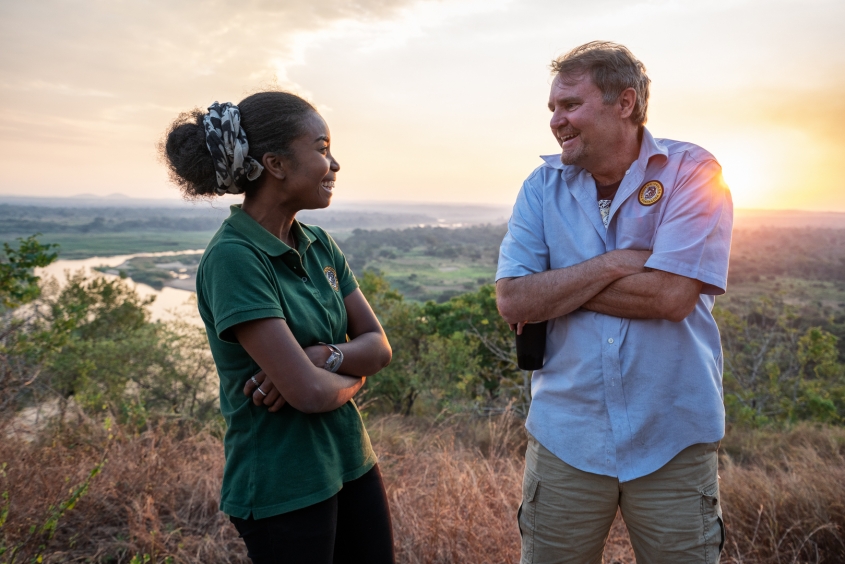 Join Sun Valley resident Greg Carr and Dominique Goncalves, a young Mozambican scientist, for a “sneak preview” of a new film that explores the challenges facing wildlife conservationists in Gorongosa National Park, in Mozambique, as they try to balance the needs of one of Africa’s last remaining wilderness areas with the needs of the human communities around the Park.

Named as one of National Geographic’s Last Wild Places, Gorongosa will be featured in a major article in the May 2019 issue of National Geographic magazine. After a decade of renewed protection, Gorongosa’s large animal population has increased 10-fold. The Idaho-based Greg Carr Foundation is co-funding and co-managing this extraordinary wildlife restoration success story.

While Gorongosa has become one of Africa’s most celebrated conservation success stories, the work the team does outside the Park is even more critical. By bringing health care, agriculture support, and girls’ education to surrounding communities, Gorongosa is becoming a new model for other Protected Areas in Africa. And the Gorongosa team is discovering that women and girls are a powerful force that can lift their communities out of poverty, thereby easing human pressure on the Park.

Through the lens of Gorongosa, we explore of the most urgent questions of our time: what will it take to improve the lives of Africa’s rural population and save Africa’s remaining wild places? The film reframes and redefines the idea of a national park in Africa and puts Africans, especially women and girls, front and center in the fight to save their natural heritage. Ultimately, this is a story of hope.