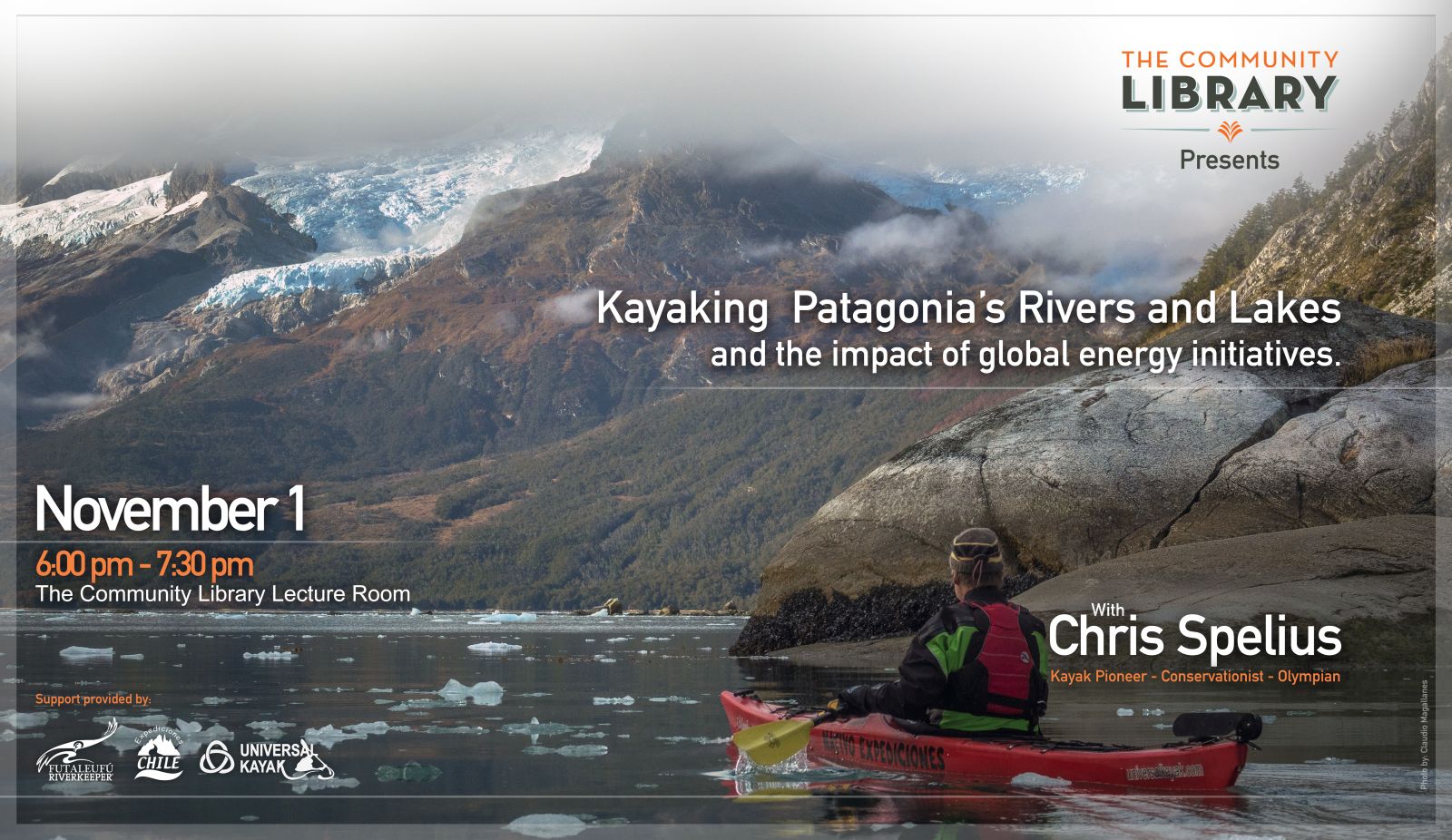 Kayaking Patagonia’s Rivers and Lakes: How they are impacted by recent global energy initiatives

oin legendary kayaker, Chris Spelius to learn about the latest threats from the mining and energy sectors, as well as consider the global energy initiatives that have had a direct impact on Patagonia’s eco-system and culture…and hear some amazing stories while you are at it!

Chris Spelius kayaked and guided rafts on the Colorado River while attending the University of Utah in the mid 70’s. After graduating with a degree in Biology, he moved east to the Nantahala Outdoor Center, where he was a paddling instructor and trained for national and international kayak competitions.

Besides kayaking on the U.S. Olympic Team in the 1984 Olympics, Spelius has won several national championships and was a medalist in the ’91 World Playboating Championships. Spelius was also the first kayaker to descend the Niagara Gorge, beneath Niagara Falls, and has various first descents in Chile.

Spelius has been featured in Outside, Men’s Journal, Discovery Channel, and the television shows Extremists, Team Timex’s PaddleQuest, and ABC’s American Sportsman. He was selected as one of the “Legends in Paddling” and as one of the “Most Notable Paddlers of the Century” by Paddler magazine. Spelius has taught kayaking clinics around the world and has been featured in numerous paddling instruction videos including Retendo and

Kayaker’s Edge. He hosted Kayaking 101 on cable TV and worked as a boat designer and consultant for Dagger Canoe Company.

Spelius first visited Chile in 1980. He later coached on a grant from the International Olympic Committee to help develop kayaking as an Olympic sport in Chile. Awed by its beauty, challenge, and playfulness, Spelius was the first to run commercial trips on the Futaleufu River in 1986. Spelius is founder of Expediciones Chile, now celebrating its 30th year of adventure trips in Patagonia.

Spelius is married and has a daughter. His family lives for 6 months of the year on the Futaleufu River, and for the other 6 months in the USA. Spelius is dedicated to protecting free-flowing rivers, is active in international river conservation, and is currently presenting multimedia presentations worldwide.