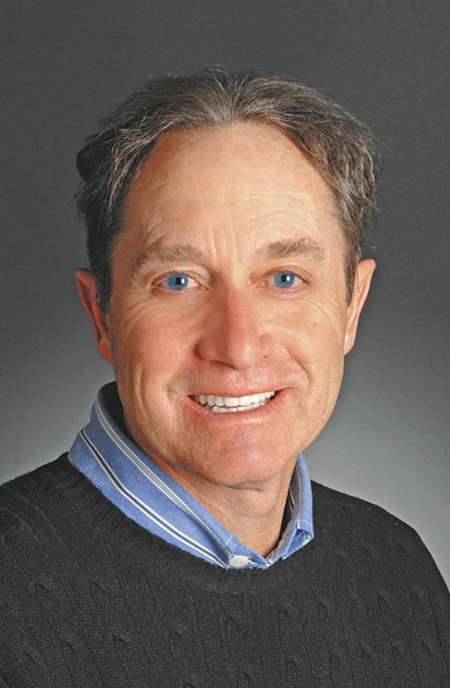 Few provisions of the Constitution generate as much controversy as the 2nd Amendment. This talk presents a review of the origins of the 2nd Amendment, the rationales for its creation, various interpretations of it and the central case law developed by the Supreme Court.

David Gray Adler is President of The Alturas Institute, a non-profit organization created to promote the Constitution, gender equality, and civic education.  A recipient of teaching, writing and civic awards, Adler has lectured nationally and internationally, and published widely, on the Constitution, presidential power and the Bill of Rights. He is the author of six books, including, most recently, The War Power in an Age of Terrorism, as well as more than 100 scholarly articles in the leading journals of his field.  He is currently writing a book on the landmark Supreme Court decision in Reed v. Reed, which had its origins in Idaho and transformed the law for American women.  Justice Ruth Bader Ginsburg will write a Forward to the book, the research and writing of which is supported by a Research Fellowship from the Idaho Humanities Council.

Adler’s scholarly writings have been quoted by the U.S. Supreme Court, lower federal courts, the U.S. Attorney General, the White House Counsel, the Legal Adviser to the State Department, by Republicans and Democrats in both houses of Congress, as well as political scientists, historians and law professors. He has consulted with members of  Congress from both parties on a variety of constitutional issues, including impeachment, the war power and the termination of treaties. He has delivered more than 700 public lectures throughout Idaho and writes Op-Ed pieces that run regularly in six newspapers across our state, and in papers across the country.

Adler has taught courses on the Constitution, the Bill of Rights and the Supreme Court at all three universities in Idaho.  He has held the Andrus Professorship at Boise State University, where he served as Director of The Andrus Center for Public Policy, and the McClure Professorship at the University of Idaho, where he was Director of the James and Louise McClure Center for Public Policy Research and held a joint appointment in the College of Law and the Department of Political Science. Previously, he was Professor of Political Science and Director of the Center for Constitutional Studies at Idaho State University.  He remains a Lecturer at the University of Idaho College of Law. In 2010, he was the recipient of the Idaho Humanities Council’s Distinguished Humanities Award.

A frequent commentator on state and national events, Adler’s lectures have aired on C-Span, and he has done interviews with reporters from the New York Times, Washington Times, Washington Post, Wall Street Journal, Los Angeles Times, Newsweek, National Review, The Nation Magazine, Mother Jones, Fox News, NPR, NBC, CNN and the BBC.  Adler has served as a member of the Board of Directors of various academic, corporate and civic organizations, and is a founding member of the City Club of Idaho Falls. He earned a B.A. from Michigan State University and a Ph.D. from the University of Utah.

Celebrate “Red, White & Blue 2022” Join us for the Days of the Old West Independence Day celebration in Hailey The Parade starts at 12 noon. Enjoy the celebration of a classic American parade on Main Street. Local restaurants serve up their specialties, visit the Blue Cow Antique Fair, and three days of Sawtooth Rangers Rodeo  ending with a big fireworks show, it’s no wonder Hailey has been called one of the best places to celebrate the Fourth of July in the West! Hailey Antique Fair:  July 2-4th, 2022 Nothing is more fun than browsing for unique treasures at a well-curated antique show, and the Hailey Antique Fairs have some of the best antique vendors and wares in the region.  You will be sure to find that perfect one-of-a-kind something! This year the Fair will also feature a beer garden and mechanical bull riding. 4th of July Antique Market  (Roberta McKercher Park) Dates/Times: July 2, 3, 4. 9 am to 6 pm Friday/Saturday, 9 am-4 pm Sunday Hosted by Dana Cameron and Blue Cow Antiques Sawtooth Rangers Days of the Old West Rodeo: July 2-4th, 2022  7:30 PM nightly   Rodeo is a proud tradition in the West and in Hailey the Sawtooth Rangers have ...
Jul
8
Fri
all-day Ketchum Arts Festival @ Festival Meadows
Ketchum Arts Festival @ Festival Meadows
Jul 8 – Jul 10 all-day The 2022 Sun Valley Writers’ Conference (SVWC), held July 16-18 at the beautiful Sun Valley Resort and Pavilion, is gearing up to be one of our best yet. With speakers like Judy Woodruff, Arthur C. Brooks, and Lauren Groff—as well as budding debut novelists, Black, Chicana, and Asian voices, and a hip-hop comedy troupe straight from Broadway—we will be weaving together a rich tapestry of both talent and topics. Listen to beloved novelist Anthony Doerr discuss the power and necessity of books to build bridges between human beings, hear science journalist Elizabeth Kolbert share instructive stories about reinventing our climate-changed world, and join some of our country’s foremost thinkers as they discuss the current state of democracy in America and around the globe (Evan Osnos, Yascha Mounk, and Heather McGhee to name a few). We also have three of our nation’s most celebrated poet-authors—Rita Dove, Natasha Trethewey, and Ocean Vuong—taking us on those introspective and importantly quieter journeys over the course of the three-day event. Stay tuned for more announcements, free community programming, single-event tickets, and ways to get involved at svwc.com! SVWC 2021 Videos View recorded talks from the stage at the 2021 Conference: WATCH NOW For more information, ...
Jul
20
Wed
all-day Sun Valley Wine Auction @ Various Locations
Sun Valley Wine Auction @ Various Locations
Jul 20 – Jul 22 all-day

We are thrilled to announce that McLaren Automotive, British luxury supercar and hypercar maker, has announced its participation in the 5th annual Sun Valley Tour de Force and will showcase its newest model, the McLaren Artura, at the event this summer. The best place to see these cars up close is at the 2022 SVTdF Car Show Friday, July 22nd at Festival Meadows, located on Sun Valley Road. The SVTdF Car Show takes place between 5-8pm and is free to attend. All cars participating in Saturday’s high-speed event will be on display and ready for photos. SVTdF custom t-shirts, hats, and memorabilia will be available for purchase. SVTdF Car Show and Huckleberry Drive passes for drivers will open May 16th, visit www.sunvalleytourdeforce.com for more information. Proceeds from the SVTdF Car Show, and all the weekend events, benefit The Hunger Coalition. The 4th Annual Sun Valley Tour de Force was epic! Eight events in three days including a massive SVTdF Car Show, Tech Inspection, High-Speed runs at Phantom Hill, Cars & Comedy dinner and live auction, and Ride & Drives with sponsors. Drivers brought their Pagani, Lamborghini, Bugatti, Audi, Shelby, Porsche, and more from all over the country to reach their car’s top ...
View Calendar
See What We’re Made Of